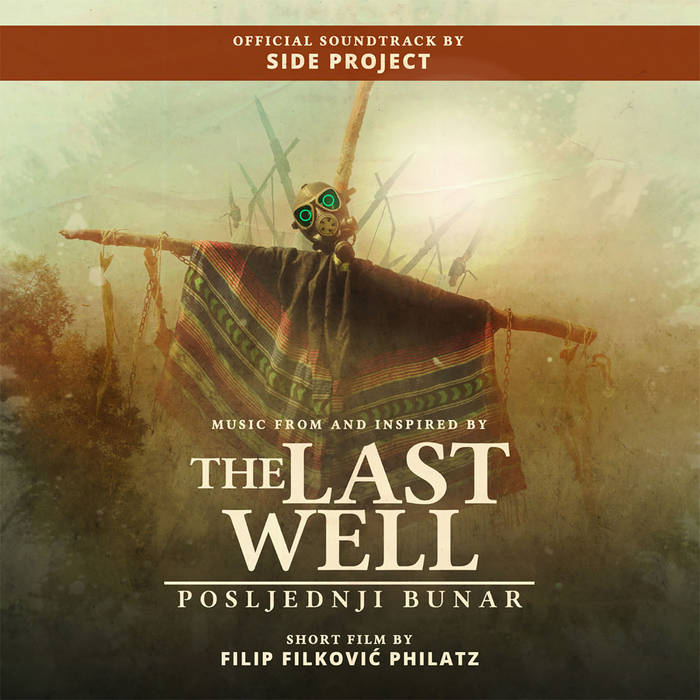 Soundtrack for The Last Well is composed by Side Project, highly praised Croatian graveyard pop duo. The melodic and mostly darkly atmospheric soundtrack combined various instruments mixing classical composition, synthesizers and guitars. Side Project created a distinctive original main theme composition which is a several note melody used as a frequent motif (in various versions) in the film.

“Usually when we are making new music, there is almost always a moment when the instrumental sounds as if we are making a soundtrack for a movie that won't ever come to life and that is when we normally turn it into a song. That's how, when Filip asked us to try and make an OST for The Last Well, we were given a chance to take music making to a totally new level for us. While making the soundtrack, we watched particular movie scenes and decided what will musically happen at a few key moments in every scene. Around these few moments we had total freedom of creation. - Side Project on making soundtrack

The haunting music contributes to the film's grandeur and mystical dystopia of the futuristic landscape that has both sci-fi elements and traditional western film elements.

“Filip's film inspired us in finding the right style of music even though it had no music until we made it. The colours and light, expressions and words, visual dynamics and camera movements were the only inspiration we needed to enter his version of the future and it made it easy to make music which will hopefully only intensify the emotions and the atmosphere which Filip already brought to life on screen.” - Side Project on making soundtrack

The main theme of the film was done first so even before filming began, the basis of the main theme was there and all the actors were listening to the melodies that would eventually become the soundtrack. This helped actors (aside from visual concepts and storyboards) to imagine how the film would sound and what the audio atmosphere would be like in the final film.

Side Project 2017 © All rights reserved

Bandcamp Daily  your guide to the world of Bandcamp